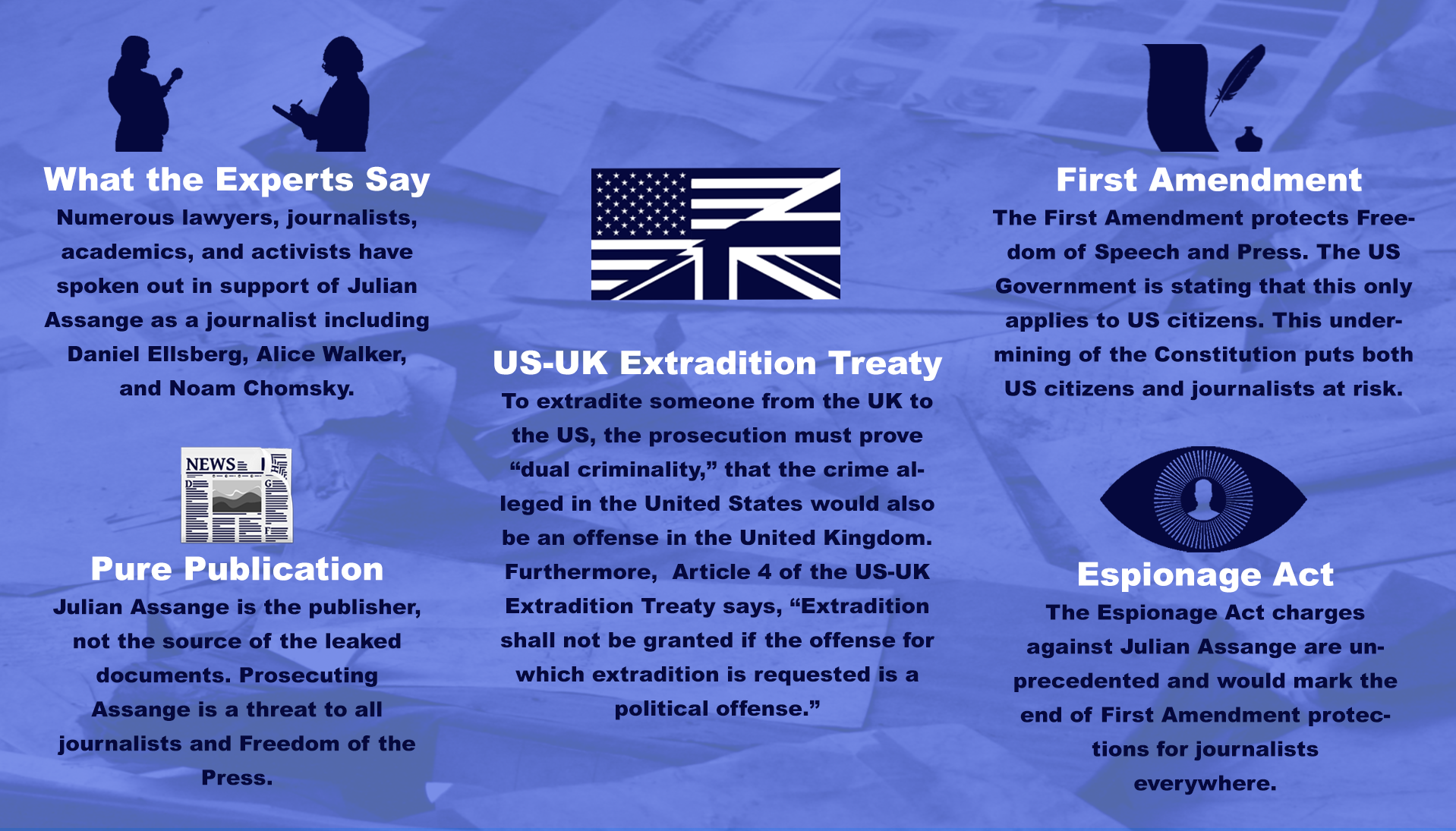 Fellow journalists, academics, and professors testified that the Espionage Act charges against Julian Assange are unprecedented and would mark the end of First Amendment protections on journalism everywhere. Assange is charged with obtaining, receiving, and publishing government documents, activity that investigative journalists engage in every day.

To extradite someone from the U.S. to the U.K., the prosecution must prove “dual criminality,” that the crime alleged in the United States would also be an offense in the United Kingdom. Furthermore, Article 4 of the U.S.-U.K. Extradition Treaty says, “Extradition shall not be granted if the offense for which extradition is requested is a political offense.”