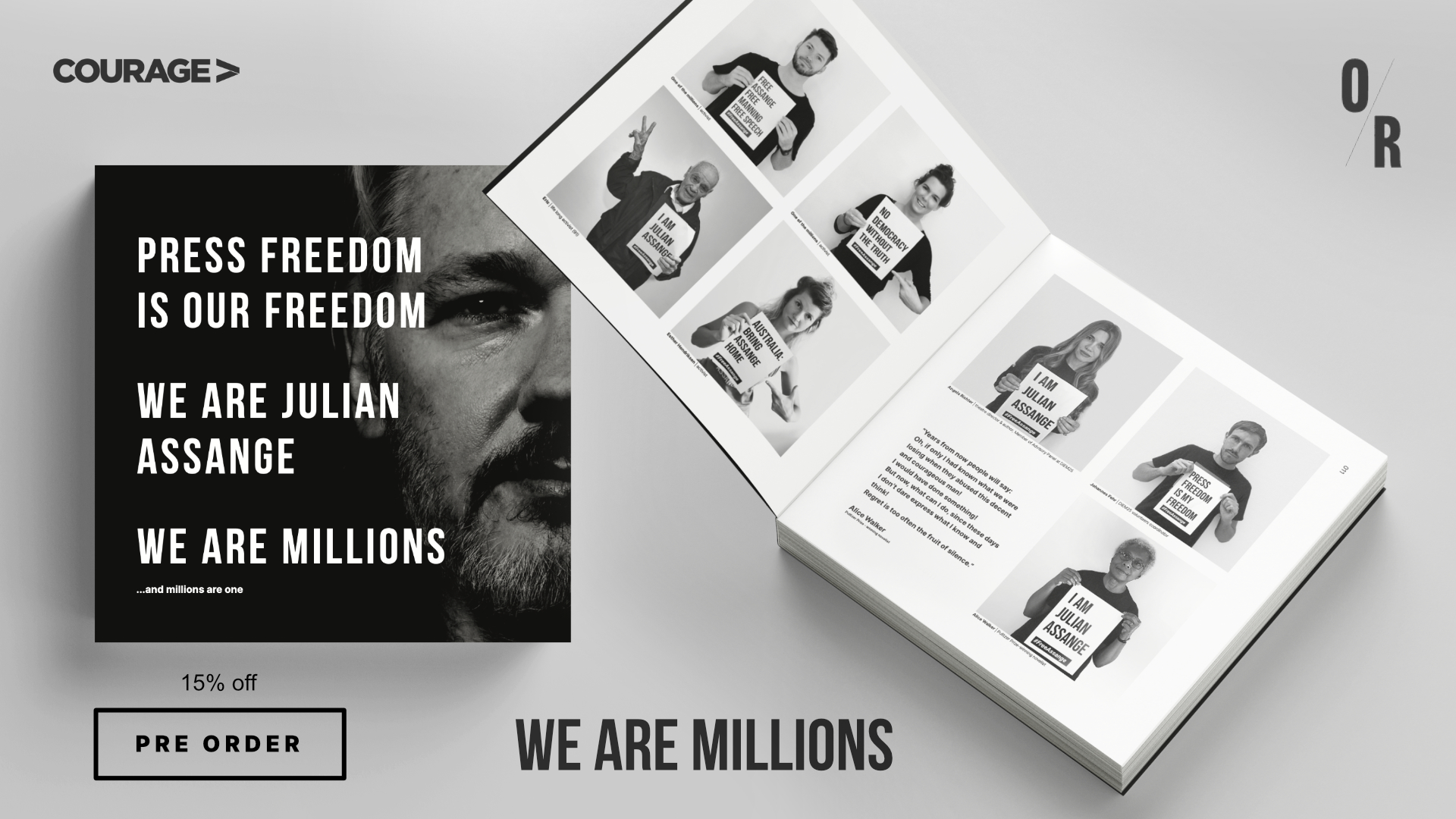 This book is part of the Courage Foundation’s #WeAreMillions, an arts project demonstrating the global support for WikiLeaks publisher Julian Assange as he fights extradition to the United States. The Trump Administration wants to prosecute Assange for publishing U.S. government documents in 2010 that exposed war crimes, previously uncounted civilian casualties, and human rights abuses. If the prosecution is successful he will spend the rest of his life in prison.

#WeAreMillions features striking black and white images of supporters holding signs that express simply and clearly why they are standing up for Assange. The supporters are young and old, well-known and anonymous, and from all around the world.

In presenting these images, both in this book and in the exhibition that accompanies it, the creators aim to convey the breadth of recognition that Assange’s persecution represents a threat to journalistic freedom and whistle-blowing everywhere.

You can find out more about #We Are Millions at wearemillions.org