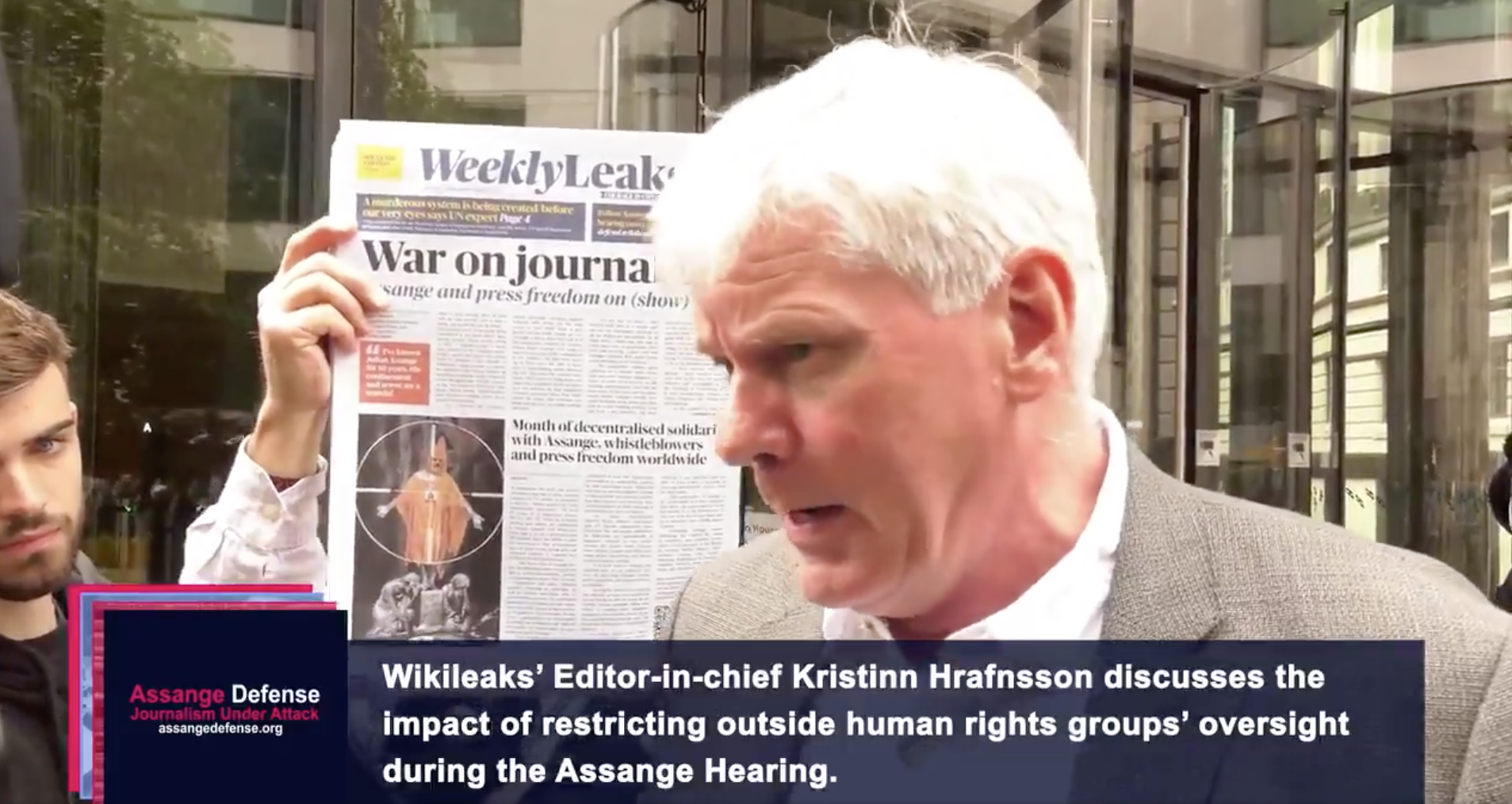 Julian Assange’s extradition hearing got off to a rocky start with U.K. magistrate Vanessa Baraitser making a shocking ruling to restrict access to journalists, politicians, and human rights observers.

The mainstream media is beginning to show a bit more interest in this critical case (but not enough!). Following the case is difficult given the ongoing COVID pandemic. Beyond the obvious risks and restrictions on traveling to London to cover the hearings, it is a challenge getting physical access to the courtroom. Due to social distancing rules, only four people are permitted to observe the proceedings in the public gallery.

Unfortunately, magistrate Vanessa Baraitser also decided to restrict remote access to the hearings, abruptly revoking video access for some 40 individuals and groups who had already been approved. Amnesty International, PEN Norway, and European parliamentarians were among those affected. WikiLeaks’ own editor Kristinn Hrafnnson was denied access without explanation as well.

Baraitser argued that allowing these legal observers — who regularly monitor important court cases around the world — to view the proceedings was not in the interests of justice. Her tortured reasoning: they were granted access “in error.” She overruled her clerks because she would be unable to “maintain the integrity of the court” in the same way she could when she “can see what is happening in the courtroom.” Baraitser alluded to the fact that someone had shared on social media an image of Julian in the courtroom, in violation of her rules. In the judge’s view, the risk that someone might share information against her wishes justifies denying Julian the fair and open hearing we all deserve.

Open courts are a cornerstone not only of common law judicial systems (like the U.K. and the U.S.), but of democracy itself. As the U.S. asks the U.K. to extradite Julian in this unprecedented case, it appears that neither nation’s principles are being upheld. The Sixth Amendment to the U.S. Constitution guarantees defendants a “speedy and public trial,” and the U.K. courts in 1936 codified Jeremy Bentham’s axiom that “publicity is the very soul of justice.” But for Vanessa Baraitser, it appears that the soul is not worth defending once someone shares a harmless picture on social media, fatally undermining her control over the courtroom.

We know that there will be setbacks and difficulties, but our team is committed to keeping you informed of the hearings and related news.