The Importance of WikiLeaks’ releases 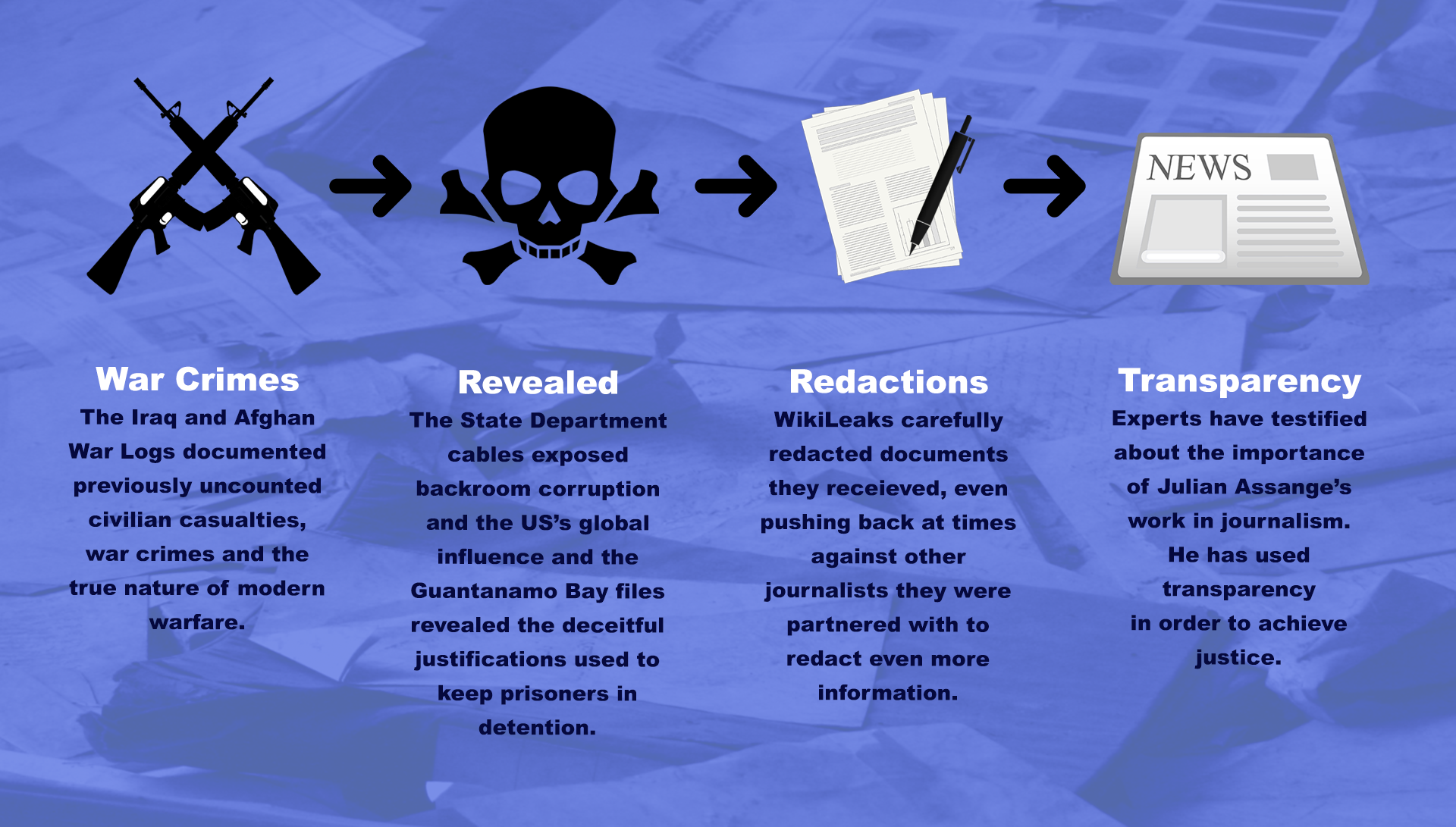 Lawyers, journalists, academics, and activists testified about the enormous importance of WikiLeaks’ 2010-11 publications. They explained how the Iraq and Afghan War Logs documented previously uncounted civilian casualties, war crimes and the true nature of modern warfare, how the State Department cables exposed backroom corruption and the U.S.’s global influence, and how the Guantanamo Bay files revealed the deceitful justifications used to keep prisoners in detention. These experts testified about using WikiLeaks’ releases in their own work, in crucial legal cases, and in informing the public about what their government was doing in secret.

The U.S. government is attempting to portray Julian Assange as a ‘hacker’ and as someone who wanted to harm the United States, rather than a journalist performing a public service. These experts debunk that smear and show how Julian Assange’s work carries out his ideals, using transparency to achieve justice.