Spying on Assange in the Embassy 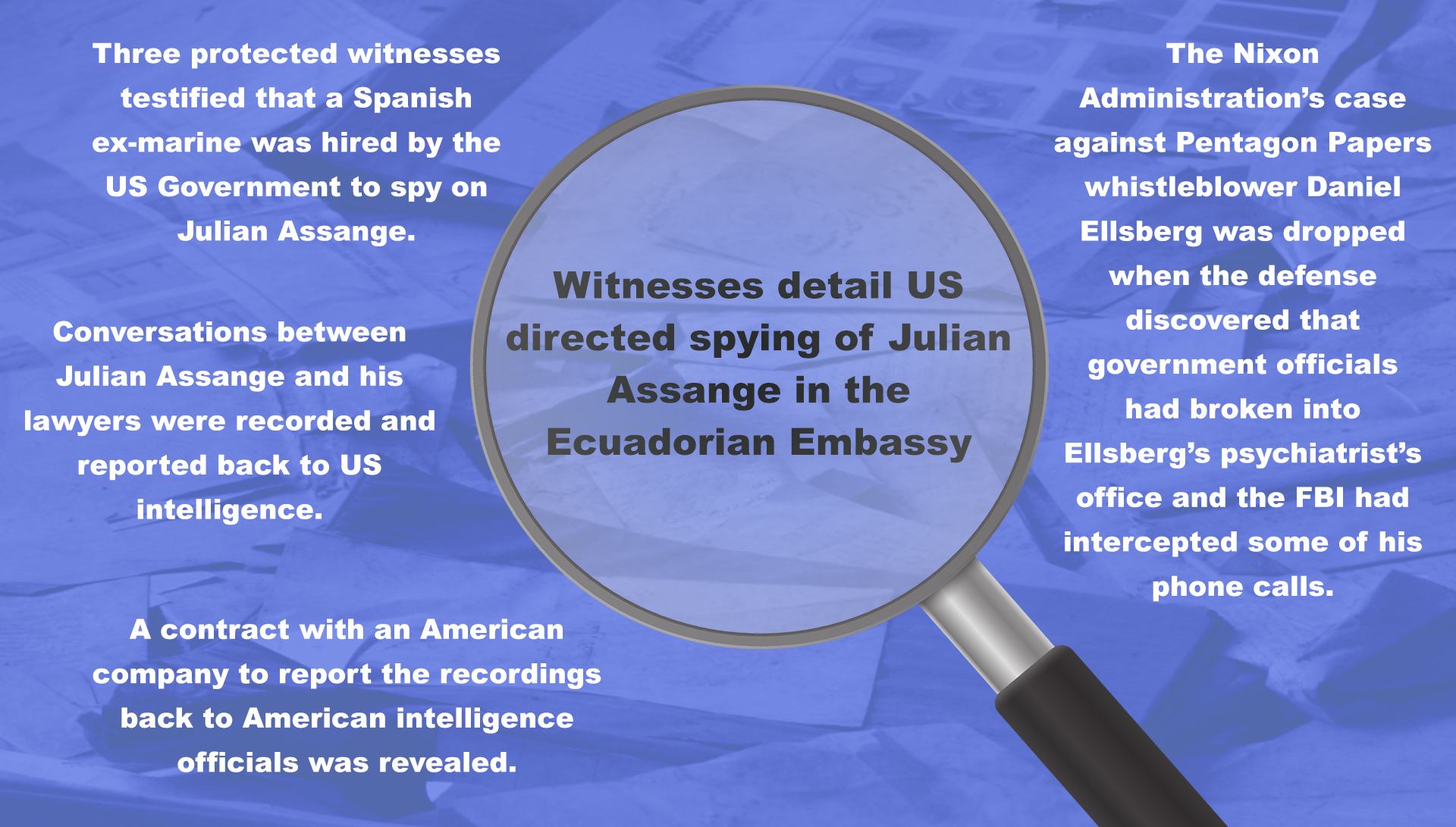 Two anonymous former employees of Spanish surveillance company UC Global testified that the company’s director David Morales secured a contract with top Trump financier Sheldon Adelson to spy on Julian Assange in the Ecuadorian Embassy in London, from 2017 until his eviction in April 2019, and fed the recordings to United States intelligence. The whistleblowers said Morales was particularly zealous about recording Assange’s conversations with his lawyers, and even discussed kidnapping or poisoning him.

The Nixon Administration’s case against Pentagon Papers whistleblower Daniel Ellsberg was dropped when the defense discovered that government officials had broken into Ellsberg’s psychiatrist and the FBI had intercepted some of his phone calls. James Goodale, the lawyer who defended the New York Times’ right to publish the Pentagon Papers, wrote, “For similar reasons, the case against Assange should be dismissed, if it reaches the U.S. courts.” The testimony about Republican Dana Rohrabacher’s visit is also relevant for the case that this prosecution is heavily politicized.