On the Conspiracy to Commit Computer Intrusion 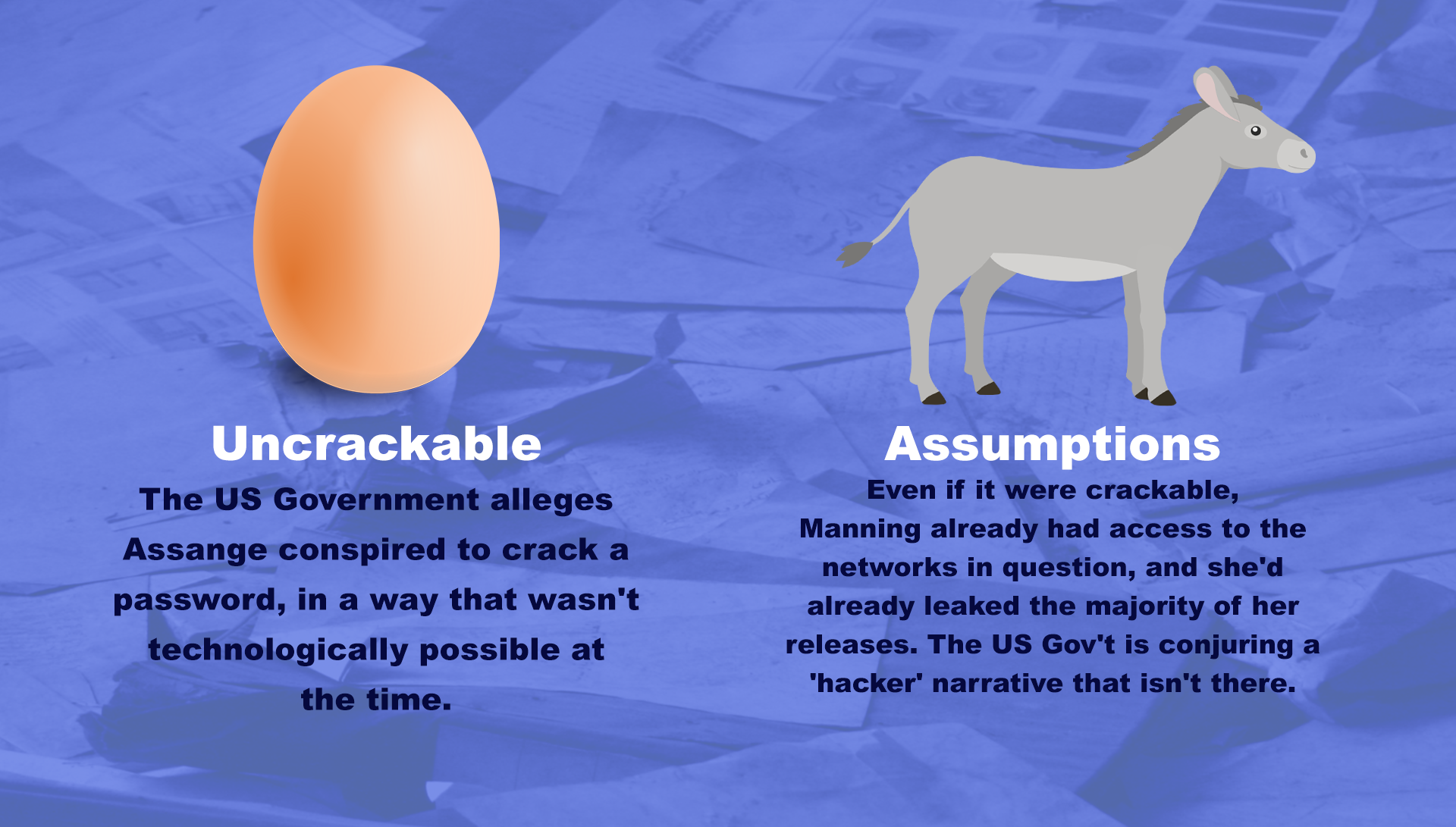 In the second superseding indictment, Count 2 is 18 U.S.C. § 371 Conspiracy to Commit Computer Intrusions. The government argues that US Army soldier Chelsea Manning chatted over Jabber with a user ‘Nathaniel Frank’, who the government alleges but hasn’t proven is Julian Assange, and asked for help cracking a “hash”, which is an encrypted portion of a password, she was attempting to gain increased access to government databases and to disguise her identity in doing so. It argues that Assange attempted to help Manning crack this password in order to obtain more classified documents to send to WikiLeaks.

What the expert witness said

Patrick Eller reviewed the indictments against Assange and the transcripts from Chelsea Manning’s court martial in 2013 to analyze the allegation that Assange and Manning engaged in a conspiracy to conceal Manning’s identity and steal more documents. Eller found several important inaccuracies and technological misunderstandings in the government’s indictment and found that what the government alleges isn’t technically possible and if it were, it wouldn’t have been for the purpose the government alleges.

The key witness on the technical aspects of this hearing was Patrick Eller, who dismantled the government’s allegations. His testimony established that: