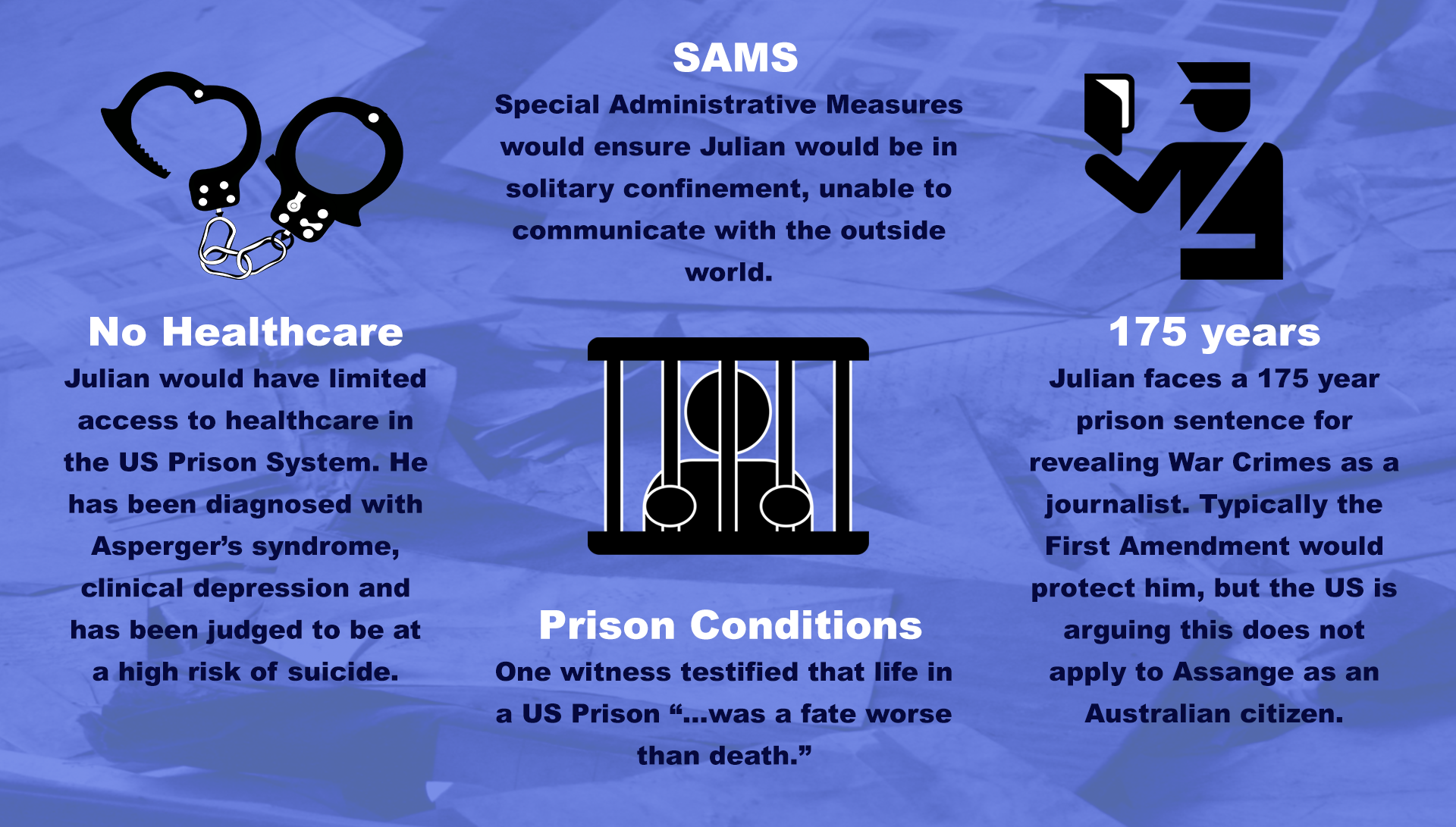 Psychiatrists and doctors who have interviewed, visited, and treated Julian Assange testify that he has Asperger’s syndrome, clinical depression, and is at a high risk of suicide in the event of extradition. U.S. lawyers, prison experts and a former warden testified that if sent to the United States, Assange would be held in solitary confinement under communication-gagging Special Administrative Measures, would get an extremely long prison sentence, and would likely be held post-trial in the highest-security prison in the country, ADX Florence in Colorado.

Section 91 of the United Kingdom’s 2003 Extradition Act prohibits extradition if “the physical or mental condition of the person is such that it would be unjust or oppressive to extradite him.” Article 3 of the European Convention on Human Rights says that “No one shall be subjected to torture or to inhuman or degrading treatment or punishment.”