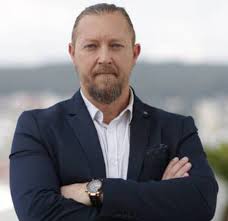 The defense read several witness statements aloud in court today, including two statements from anonymous former employees of UC Global, the Spanish security company led by David Morales which spied on Julian Assange in the Ecuadorian Embassy in London. The witness statements testify to the particular zeal Morales had in recording conversations between Assange and his lawyers as well as his contract with an American company to report the recordings back to American intelligence officials. Morales even discussed kidnapping or poisoning Assange.

…
After his initial travels to the Unites States, UC Global obtained a flashy contract, personally managed by David Morales, with the company Las Vegas Sands, which was owned by the tycoon Sheldon Adelson, whose proximity to Donald Trump is public knowledge (at the time Trump was the presidential candidate).

…
After returning from one of his trips to the United States, David Morales gathered all the workers in the office in Jerez and told us that “we have moved up and from now on we will be playing in the big league”. During a private conversation with David, I asked him what he was referring to when he said we had moved up into “the big league”. David replied, without going into further detail, that he had switched over to “the dark side” referring to cooperating with US authorities, and as a result of that collaboration “the Americans will get us contracts all over the world”.

In addition to the new contract, after Morales’s return from Las Vegas and his comments about “the big league” and switching to “the dark side”, I learned through my conversation with Davis Morales that he had entered into illegal agreements with U.S. authorities to supply them with sensitive information about Mr. Assange and Rafael Correa, given that UC Global was responsible for the embassy security where Mr. Assange was located.

UC Global agrees to send Embassy recordings to US intelligence

as a result of the parallel agreement that David Morales has signed with U.S. authorities, Morales commented that these reports would also be sent to “the dark side”. In order to do this, David Morales began making regular trips to the United States, principally to New York but also Chicago and Washington, he told me he was traveling to talk with “our American friends”.
…
At times, when I asked insistently who his “American friends” were, David Morales replied “U.S. intelligence”.

From 2017, with the victory of Donald Trump, I realized that David Morales’s trips to see “the American friends”, which he did not want anyone else at the company to take part in, began to escalate. More specifically, around June or July 2017 David Morales began to develop a sophisticated information collection system inside the embassy. He asked the employees who were physically inside the embassy to intensify and deepen their information collection. The employees also received the instruction from David Morales to change the internal and external cameras of the embassy. The interior ones recorded sound. I was also informed by the employees that David Morales instructed a team to travel regularly to London to collect the camera recordings.

…
After this, in Jerez packages of information were configured so that David Morales would personally bring  these to American authorities, with increased details and intrusion on the privacy of Mr Assange, his lawyers, doctors and other visitors.

He showed at times a real obsession in relation to monitoring and recording the lawyers who met with the “guest” (Julian Assange) because “our American friends” were requesting it.

I remember that after David Morales had returned from the United States, at a meeting with the rest of the staff he affirmed that we were moving into “the premier league”. After this I became aware that David Morales was making regular trips to the United States, the context of which my boss, David Morales, repeated to his having “gone to the dark side”.
…
On 24 January 2017, once Donald Trump had acceded to the presidency of the United States, David Morales sent a message over Telegram in which he wrote, “Well, I want you to be alert because I am informed that we are being vetted, so everything that is confidential should be encrypted […] That’s what I’m being told. Everything relates to the UK issue. I am not worried about it, just be alert […] The people vetting are our friends in the USA”.

In early December 2017, I was instructed by David Morales to travel with a colleague to install the new security cameras. I carried out the new installation over the course of several days. I was instructed by Morales not to share information about the specifications of the recording system, and if asked to deny that the cameras were recording audio. I was told that it was imperative that these instructions be carried out as they came, supposedly, from the highest spheres. In fact, I was asked on several occasions by Mr. Assange and the Political Counsellor Maria Eugenia whether the new cameras recorded sound, to which I replied that they did not, as my boss had instructed me to do. Thus, from that moment on the cameras began to record sound regularly, so every meeting that the asylee held was captured.

Providing recordings to the U.S.

Around June 2017, while I was sourcing providers for the new camera equipment, David Morales instructed that the cameras should allow streaming capabilities so that “our friends in the United States”, as Morales explicitly put it, would be able to gain access to the interior of the embassy in real time.
…
Morales instructed me to place a microphone in the meeting room, placed in the PVC holder of the fire extinguisher in the meeting room, where it was glued to a magnet and then concealed at the base of the PVC plastic.

Further to this, David Morales asked me to install a another microphone, in the toilet at the end of the embassy, a place that had become strategic because Mr. Assange, who suspected that he was the subject of espionage, maintained many of his meetings there in order to preserve confidentiality.
…
David Morales also indicated that the aim was that the surveillance, control of information and recordings should focus on the meetings of the asylee, especially those in which he was meeting with his lawyers, who were priority targets, so the security personnel that were physically deployed in the embassy were specifically asked to monitor these meetings of Assange with his lawyers, as this was required by our “US friends”.

David Morales asked me to steal a nappy of a baby which, according to the company’s security personnel deployed at the embassy, regularly visited Mr. Assange. Morales stated that I had to steal the nappy in order to establish whether the baby was a child of the asylee’s. On this occasion, Morales expressly stated that “the Americans” were the ones who wanted to establish paternity.

I recall that on one occasion, in Jerez de la Frontera, at the UC Global headquarters, around December 2017, David said that the Americans were desperate and that they had even suggested that more extreme measures should be employed against the “guest” to put an end to the situation of Assange’s permanence in the embassy. Specifically, the suggestion that the door of the embassy could be left open, which would allow the argument that this had been an accidental mistake, which would allow persons to enter from outside the embassy and kidnap the asylee; even the possibility of poisoning Mr. Assange was discussed, all of these suggestions Morales said were under consideration during his dealing with his contacts in the United States. Obviously, we employees were shocked at these suggestions and commented amongst ourselves that the course that Morales had embarked on was beginning to become dangerous.